The necessity of negative thinking

It is the eve of the new millennium.  Amidst the jollity, the champagne and the fireworks there is a tribe watching.  They are spread all around the world, united in purpose, even though most don’t know each other. Waiting to see whether the world is going to fall apart after all, despite their efforts.  Some of them standing guard, ready to act as each time zone clicks from one millennium to the other. 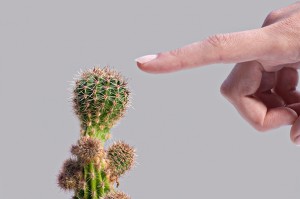 As it turned out, the planes didn’t fall out of the sky and the economies all over the world didn’t collapse.  In the end, the millennium bug didn’t destroy our world.  Others, those not of the tribe said “You see?  There was no millennium bug!  What a fuss over nothing.”

But they missed the point.  The reason it didn’t all fall apart was because for years, that tribe had worked to ensure that the only excitement at the turn of the millennium was the celebrations.  That tribe had focussed on the negative.  Project managers, software developers, engineers all over the world had identified the key computer programmes that would stop working as soon as year switched from 99 to 00.  And fixed them before they could go wrong. And stood guard to kill any bugs that lurked undetected when the clock struck 2000.

There are those who say you should think positively, because if you do, the universe will conspire to bring about the things you seek.  To me, that’s a bit like believing in fairy tales.  I’m not saying that positive thinking is a bad thing, just that only thinking positively isn’t going to deliver results.  Failing to recognise that some things will go wrong if you don’t take care of them is a recipe for unnecessary failure.  Good things happen when people go beyond the wishing to take action and take care of the things that might break.

Commander Chris Hadfield wrote about his journey to be the first Canadian in space in his book An Astronaut’s Guide to Life on Earth[1]. In it he described the extensive training and planning he and his colleagues went through to ensure they survived in the hostile conditions inside and outside the international space station.  Their constant focus was on identifying and fixing “what’s going to kill us?”.  Something so simple as preventing a glove on a space suit could mean the difference between life and death, so you make sure it doesn’t happen, and if it does, that there is an emergency plan.

A number of years ago I was brought in to sort out a programme that involved collaboration across a number of organisations.  It was a typical troubleshooting job in some ways – identify what needed to be done, work out who needed to do it, create some structure and transparency.  But there was one problem that my programme sponsors wanted me to leave alone – the fact that the board members of those organisations weren’t committed to this politically sensitive programme at all.    There was a theory that once they saw the design developing and the benefits revealing themselves they would conclude that this was the way to go.  So a year’s worth of hard work, investment and great results all came to nothing when the boards of the different organisations found themselves an issue that they were unprepared to compromise on.  The programme was closed down.    In retrospect, we should have fought to sort out the one thing that was going to kill us – board commitment – and either resolve it or close the programme down faster.

So what can we do to make the best of the negative?

Listen to the stories

Eleanor Roosvelt said that we should “Learn from the mistakes of others. You can’t live long enough to make them all yourself.” One of the reasons that humans evolved to be storytellers was to share with each other the cautionary tales of things gone wrong, so we may learn from them.   I’m a volunteer leader in a not for profit organisation called Toastmasters International and we have a set of values around integrity, service, respect and excellence.  When I’m speaking to people who have taken on new leadership roles in the organisation, I tend to share the story of another organisation who had a very similar set of values.  The other organisation was Enron, who as we know now, might have said that they had values such as integrity and respect, but they certainly didn’t bring them to life or expect each other to live by them.  We should seek out and share the stories that will show us the problems to avoid and prevent.

Why wait for it all to go wrong before you work out what happened to you?  Do a pre-mortem instead.  As part of my consulting work for Semaphora, I led a group recently in a pre-mortem exercise – the group are the delivery team for an innovative organisation wide change programme.  I asked them to imagine it is a year from now and everything has gone horribly wrong.  Then I asked each of them to write down what it was that would have caused the disaster.   Having worked out which of those scenarios were the most likely or damaging issues, they then worked in groups to identify strategies to prevent those things from going wrong.    Let’s see what happens over the next year.  Those things might go wrong despite the pre-mortem, but at least we are ready for them!

There is nothing like hearing yourself answer a question from another person to hear whether it is a good answer or not.  One exercise I carried out recently with a client was to work through whether the organisation’s new change strategy was sufficiently robust to succeed.  We went through an exercise of challenging every assumption and pushing ourselves to provide evidence that the predictions we had made were realistic.  That exercise showed us where the strengths in the strategy lay, and the issues we would need to revolve in order to ensure it was successful.

A Dutch colleague told me recently of a saying in her country – “There can be no shine without friction”.   We only develop and grow when we learn from challenging experiences and face up to negative things happening in our lives.  Therefore, it follows that it is worth our while stretching ourselves to the limits of our comfort zones, in the knowledge that sometimes negative things will happen, mistakes will be made and we will learn from them.

From our negative thinking and those negative events, we will emerge ready to shine.

Posted on March 11, 2016 by Jean. This entry was posted in change, leadership, tools. Bookmark the permalink.