One of the key messages still alive from my childhood is that “nice girls don’t get into fights”.  That has posed a bit of a challenge for me over the years as I have found myself being brought in to troubleshoot and deliver change in teams and organisations – conflict is part of the job..  I have learned that even if I never got myself into fights, conflict will find its way to me anyway, if only because I am helping other people deal with their fights. 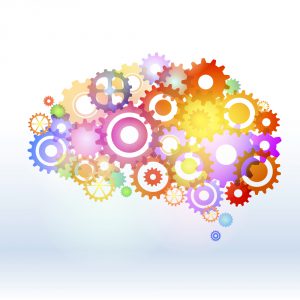 What I have found is that there are ways to capitalise on conflict, to get the best out of all these people with very passionate views, as long as we keep the conflict creative.   On the morning of the Brexit result that shows a huge split in how people in Britain feel about Europe, here are my top tips on creative conflict.

Bring it out in the open

Unaddressed conflict can eat away at a relationship and unresolved issues can dissolve progress.  The first step to healthy conflict is to actually have the conflict!  Of course you have to pick your fights, this isn’t about losing all self control and laying waste to all those that annoy you.  But if an issue is serious enough, I recommend heading onto it face on.    I have found myself on a number of occasions being thanked by people who I raised issues with, because, perhaps for the first time, someone had had the courage to speak up. According to Susan Scott, author of the fantastic book Fierce Conversations “Companies and marriages derail because people don’t say what they are thinking”, so we need to step out and talk together about what is going on.

Focus on the issues, not the person.  If you get personal, then it is very hard to come back and collaborate, you are building a wall between you.  Just like the murdered MP, Jo Cox who has been such an inspiration to all those who knew her and came to know her after her death, believe that you have “More in Common”, find that thing and work to bring that common interest to life.

Be curious about what’s happening for them

One of the most common mistakes in conflict is to only explore our own position.  Nothing creative will come of such a one sided view.  The other person has a perspective, a history, a reason for their view and our job is to understand that.  Sometimes the positions we take are not so critical to us, but sometimes they are seated deep into our culture, our feelings of self worth and our personal history.   If we are curious and we ask questions about why they feel as they feel, we have the foundations for agreement.  The key test here is whether we can restate the argument that they are putting across, whether we can understand it.  If not, then ask questions and really listen until you can.

Be humble about what’s happening for us

We all have our triggers, the things that we react to that have nothing to do with the conversation at hand.  For example, I don’t respond very well when people disappear without doing what it is they promised to do and  I don’t respond well when I think people are trying to manipulate me.    I don’t know why that is because I am patient about all sorts of other things, but I know from experience that I react to these things in particular.  So now I try to keep my antennae up, stay aware of when I am in these situations, because I know I have a tendency to react without thinking.  What are your triggers that you bring to the conversation?  Is it fair to the other person to react to those triggers even though it has nothing to do with them or the situation?

Respect in the ring

When debating the issues, make sure that all of the opinions are aired – and heard.  Acknowledge that there is something good about getting out there and working out what is happening – that is a first step to getting a great solution.  Bear in mind that you are in a relationship and that if someone is feeling something, the relationship is feeling that too.  For example the other person is angry, then there is anger in the relationship, and you have to deal with that anger in order to move on to something positive.  The temptation is to ignore their anger because it is theirs, not ours – but that’s just not going to work.  So listen to what is going on for both of you, and be open to the possibility (however vague) that we ourselves may not be perfect!

Get into collaboration mode

The key to creative conflict is to optimise two seemingly competing ideas. Firstly, the assertive pursuit of an outcome that will address your concerns and reach your goals and secondly, the desire to cooperate so that the concerns and goals of the other person are met too.  The chances are, there are things that unite both parties – find those things, build on them and help each other to achieve them.  Create consensus through collaboration.

When you come to a conclusion, a consensus, stick with it.  One of the best tips I ever came across was in IT Company Micro Focus – they encourage their people to “Debate vigorously, create consensus, then get on board.”  No matter what happens, give the agreed way forward your full support, otherwise it might fail just because you didn’t.   But if you have found a consensus, a common way of moving forward, then we need to give it all we have got.   Britain voted for Brexit, for example – now we have to make it work whether we voted for it or not.

In summary – let’s have the courage to bring conflict out in the open, be humble, curious and focussed on common interest.  Let’s deal with the issues and have a deep respect for the person.  Then collaborate to get consensus, and commit to the plan.  If we apply all of our creativity to the conflict, who knows what we might achieve!

This all seemed like really great advice back on the morning after the Brexit election results.  Who could have possibly known what the outcome would have been?  Here is an additional consideration to add into the mixing pot on the day Britain was supposed to Brexit, but still hasn’t.

Be open to new ideas and the unexpected

Maybe there was a consensus, once.  And maybe you discover new information, old information turns out to be less useful, or you find that the thing that seemed like a great plan back then actually doesn’t play out so well in reality.  In which case, sticking relentlessly to the original plan may well not serve you.  Be ready to go back to the drawing board, engage with key stakeholders and come up with a new consensus based on better information and what people believe is best now.

Posted on December 10, 2016 by Administrator. This entry was posted in conflict. Bookmark the permalink.